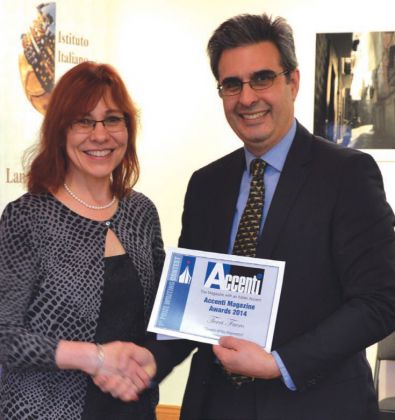 Montreal, May 6, 2014 – The winners of the annual writing and photo contests were announced at the Italian Cultural Institute during the Accenti Magazine Awards, an event of the 16th Blue Metropolis Montreal International Literary Festival and of the 15th Association of Italian Canadian Writers Biennial Conference. The event was hosted by radio and TV personality Marianna Simeone. Presented by publisher Domenic Cusmano, the 2014 Awards featured the winners of the 9th writing contest and of the 7th photo competition, “Capture an Italian Moment.”

The grand prize winner of the Accenti Photo Competition and the recipient of the $1000 prize is Giorgio Tinelli of Toronto, Canada, with his photo Lights of Bari Vecchia. Cristina Pepe of Vancouver won second prize ($250) for her photo Sbandieratori. Nora McNichol of Ottawa won third prize ($100) for her photo Gelateria Limone. The judges were Loredana Bacchi, Sandra Morellato, Raynald Murphy and Egidio Vincelli.

The 2014 Accenti Magazine Awards were made possible by the Italian Cultural Institute of Montreal, Association of Italian Canadian Writers (AICW), McGill Institute for the Study of Canada, Member of Parliament for St-Leonard/St-Michel Massimo Pacetti, Accenti Magazine Foundation and Blue Metropolis Foundation.

Look for the prize winning stories and photos in forthcoming issues of Accenti Magazine and Accenti Online. The winning stories appear in the newly released volume Conspicuous Accents: Accenti Magazine’s Finest Stories of the First 10 Years, edited by Licia Canton, available at https://www.accenti.ca/store/Conspicuous-Accents-Accenti-Magazine-s-Finest-Stories-of-the-First-10-Years.html.

For details about the Accenti contests, visit www.accenti.ca. 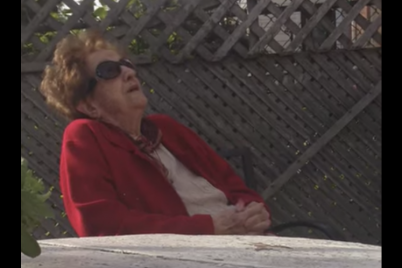 Who Can Sell Books on the Accenti Bookstore? 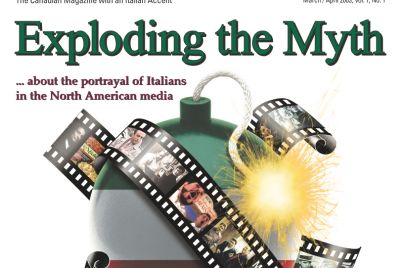