If someone asked me what I’ve been asking people for the past week, I know what I would say. Am I Dutch first or Canadian? Well, Canadian of course, but I am proud of my Dutch name. And no, I don’t speak any Dutch – but (chuckling) I know a few words I shouldn’t repeat. Well, yes, there are a few Dutch foods I’d die for – marzipan, gouda with caraway seeds, speculaas – you know, those Dutch ginger cookies shaped like windmills? It’s embarrassing really. This is what I have to show for my heritage. And I am not alone. Every first-generation Dutch-Canadian I spoke to gave me a variation of my own story. A little more or a little less. What happened? How does a culture get lost? And more importantly, how do you preserve a culture – save it from new-world devastation?

I decided to do a little hands-on research. What group could I zero in on, which culture prospers in this welcoming nation with its open immigration policies? Who could give me a good lesson in the preservation of those evidently endangered species of history and tradition? My thought process was clouded by food – what to have for lunch took me briefly away from my new-found project. Pasta, of course – I would have pasta for lunch. Aha! And there it was, suddenly sorted – all because of a decision to eat fresh pasta at a local Italian restaurant where the choice is as broad as the satisfaction is guaranteed. Indeed, I had often noticed, in part because of some good Italian friends – and also because, in Montreal, it is hard not to take advantage of the many Italian specialty shops and eateries – that Italians are notoriously good at being Italian. How do they do it? And in the process, could they not teach me a bit about hanging on a little more tightly to what is left of my Dutchness?

For Antonia (Toni) Monzione-Iermieri, who owns a wedding boutique in Kirkland, Quebec, Italian culture is largely about respect – respect for the old ways. Her parents came to Canada in the early 60s, an arrival that was soon followed by the births of Toni and her sister. Both, coincidentally, married Italians, and while she points out that her openminded parents would not have been the least bothered had they married non-Italians, she knows that it has helped keep the family heritage alive. “We still speak Italian with my parents,” she says. “My two oldest daughters are fluent and my youngest can understand everything but speaks a little less. We have to speak Italian with my parents, you see. It’s the right thing to do – it’s about respect.”

That respect is for more than just the language. It’s a respect that centres on the “old country.” “When I make a decision,” says Toni, “I think about the Old World. My parents told us how hard it was in Italy – and how hard it was to build a life when they came here. I never forget that, and I’ve taught my kids that too – that we’re lucky and we shouldn’t take it for granted.”

What Toni has told me makes me pensive. I know my parents would agree with her. They would remind me of how their own parents came to Canada in the early 50s, sailing the Atlantic for weeks in the hull of a ship, just trying to keep their many children healthy during the rough journey – then building a life of farming in the new country, working their fingers to the bone. But that respect for the old ways eventually got lost. Canadian-born New Hampshire-based nurse Heather Smallegange, whose parents came from the Netherlands in 1953 and 1954, put it well. “My father used to say, ‘We’re in Canada now, so we do what Canadians do.’ He thought it was rude to speak Dutch in public,” she explains. “They only spoke Dutch in public places when we had relatives visiting from Holland.”

Heather’s story rings true for me too. Dutch people wanted to assimilate – it was as simple as that. But Italians seemed to go at it differently. Frank Toto, who was born in Italy but came over as a child of seven, explains that his parents, with whom he spoke Italian throughout his childhood, “managed without assimilating. They worked in a manufacturing environment and most of the people working with them were Italian. And because our circle was 80 percent family, keeping our traditions close wasn’t hard,” he points out. It’s not as easy these days now that his parents have passed away, and he has two young children for whom the priorities are to speak English and French. “But my Italian culture is still important and I wouldn’t want to lose it. I’ll teach my children as much as I can,” he says.

“I made sure our daughters went to Italian school on Saturdays,” says Aldo Iermieri, Toni’s husband, who was born near Naples and arrived in Montreal when he was nearly 12. “It was important to me because, back then, I was going more often to Italy and I wanted them to be able to speak to their relatives,” he explains. And his daughters appreciate their heritage and have even learned to make homemade pasta from their grandmothers. But in general, Aldo thinks there has been a revival. “The younger generation has come to realize that the quality of life in the Italian community is important, and they want to keep it alive. I notice that some Italo-Canadians don’t speak Italian themselves but are making sure their little ones go to Saturday school to learn the language,” he explains. “They care about their roots. Even if the language has skipped a generation, they want to show their children where they came from.”

That makes me think I’d like my son to know where I came from too. It’s sad to see a culture disappear with the generations, making Aldo’s observation about the Italian “revival” particularly heartening. It proves that there’s hope of getting it back. My own brother, Gary, who, as a teenager, learned to speak Dutch by spending consecutive summers in Holland, makes a direct correlation between our lost culture and the church. “We really let go of it when we changed from the Dutch Christian Reformed Church to the Presbyterian Church,” he says.

I hadn’t made this link, but it makes sense. This conservative branch of the Dutch Reformed Church, the church of the Dutch Royal Family, was, according to Gary, particularly good at holding its members close, thereby preserving tradition. Would we be more Dutch today had we stayed? Donna Banting, an early childhood educator of Dutch descent, also remembers her parents’ departure from the Dutch Christian Reformed Church. “That was probably a defining moment for us, too,” she says. “Yet we still managed to hang on to certain Dutch dishes and we all still use certain Dutch expressions as a part of our family culture – but there isn’t much else.”

First-generation Italo-Canadian Domenica Aragosa, a 31-year-old stay-at- home mom, agrees that religion is central to the preservation of culture – of her own Italian culture. “All the sacraments are very important. And while food is very important in our culture as well, some food traditions are based on religious events,” she explains. For example, no meat on Fridays during Lent, on Christmas Eve or during the Holy Week before Easter. And for her, the Sunday meal is always pasta, shared with parents and grandparents. “I want my daughter to uphold these things,” she says. “I want the traditions to go on.”

And Domenica is definitely making sure those traditions live on. She speaks only Italian with her 17-month-old daughter – an easier feat perhaps because her mother tongue is Italian – but still a challenge since she and her Italo-Canadian husband speak English together. “My parents don’t speak French or English properly – so everyone has to speak to them in Italian,” she points out. Not unlike Toni, Domenica believes respect for the old country is important. “When my parents came here, time stopped. It’s like they never left. When I go back to Italy,” she explains, “I see that Italian culture there has evolved, but they got stuck in a moment. Certainly, we’ve picked up some Canadian things, but I still think that in some ways, our Italo-Canadian culture is stronger in an Old-World way than Italian culture in Italy today. I consider myself more Italian than Canadian,” she says with certainty.

That’s a startling revelation for a Dutch girl searching to grasp the fraying shreds of her heritage. From a culture that Domenica and Toni assure me centres so much on food, perhaps I can take home a few small lessons to my five-year-old son. I can’t speak Dutch with him – and I certainly won’t test out my few curse words on him – but at the very least, I can offer him the tradition of food. He will never celebrate Dutch Christmas on December 5, he won’t find his heritage in the sacraments and he won’t go to Dutch school on Saturday mornings like I did for a short time. But if I am really lucky, he might occasionally sink his teeth into that rich-textured almond paste we call marzipan, or feel the nutmeg-laced meatballs of my mom’s Dutch soup on his palate, or sense his eyes watering as he bites into bitterly salty Dutch licorice – and say to himself, “this must be what the old country tastes like.”

Carolyne Van Der Meer has been working as a journalist and editor for many years and has written for more than 50 publications. She has also worked in corporate communications and agency environments, and currently holds the position of book review editor for an international research journal. She is completing her doctorate in Canadian literature at Université de Montréal. 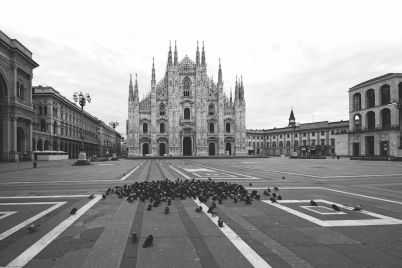 Piazza Purgatorio: A Love Letter to Italy During the Pandemic 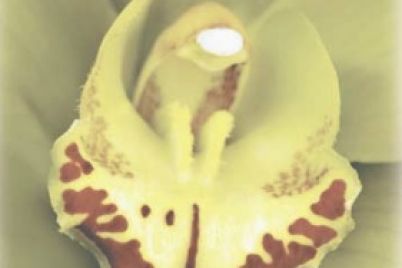